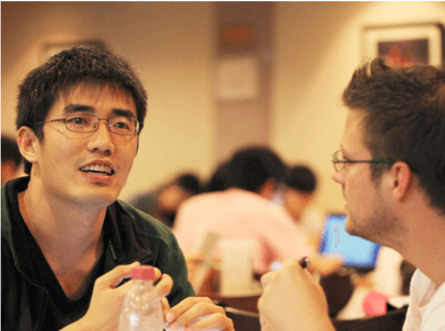 Founded in 1898, Peking University is the cadle of modern higher education in China. Ever since its inception, Peking University has shouldered the historical mission and made irreplaceable contributions to the liberation and revitalization of the nation, to the construction and development of the country, and to the civilization and progress of the society.

As a leading higher education institution of China, Peking University has gathered many famous scholars and experts, cultivated numerous talents, made a number of major scientific achievements, and profoundly influenced modern ideology and theology, scientific technology, cultural education, and social development of China. Today, Peking University is an open and inclusive university with a large number of distinguished teachers, outstanding talents and significant scholarship.

Peking University always takes talent cultivation as the core task. Every year around 4,000 undergraduate students are enrolled from 34 provinces, municipalities and autonomous regions in China. With the aim of “cultivating talents through virtue”, Peking University is committed to cultivating high-quality talents with a high sense of social responsibility, innovative spirit and ability of practice and broad international vision which will play leading roles in all walks of life.

Therefore, we set up Peking University Boya Scholarship Endowment to provide the outstanding undergraduates of the university with a complete set of financial support for basic studies, innovation, scientific research, international visions and abilities of practice, and to encourage them to grow into future leaders at Peking University and beyond.

Permanent Support: it is a permanent endowment fund whose income is used to distribute scholarships.

Matching Donation: Each award will require a RMB 300,000 donation (or in the equivalent dollar amount), and Peking University will provide matching donation according to relevant policies.

To establish a Boya scholarship project, a minimum amount is required. For more information, please contact the office of Peking University Education Foundation (USA) at 650- 315-2880.

Entire Assurance: the scholarship amount is 30,000 RMB per year for every recipient. It generally covers the expenditure for basic living and learning development and lasts for four years from admission to graduation.

The scholarship funds will be named after the donor or by the donor. The naming procedure and content comply shall with the rules and regulations of Peking University.

Peking University encourages the donor to maintain long-term contacts with the awarded students and students will report to the donor on their academic progress.

Peking University will carry forward the noble spirit of donors’ enthusiasm for public welfare and respect for teachers and education, and appreciate donors’ support for talent cultivation in various ways.